You are here: Home » And The Winner Is… Kickstarter CrowdFunding Campaign Booster

And The Winner Is… Kickstarter CrowdFunding Campaign Booster

RAMP Studios in a new up-and-coming production company, founded by Producer and CEO Francesca Alabaster. Our crew consists of a very ambitious group of third year Film Production students from Solent University. For our graduate film, ‘And The Winner Is…’, we have launched a Kickstarter campaign. We already have a variety of sponsors and backers for the project, having raised over 50% of our goal in the first 12 days. We’re all very excited to be working on our first film as RAMP Studios, although we have a lot of previous projects from the pre-RAMP days; if you’d like to check out our other projects, head over to https://www.rampstudios.co.uk

Synopsis for ‘And The Winner Is…’ :

The hit TV program, ‘Colosseum’, promises contestants a once-in-a-lifetime experience of acting in a gruesome action show. With a substantial cash prize at stake, an estranged father signs up. However, he is unaware of the game’s true nature; there are no special effects and no stunts. The bewildered contestants are forced to brutally murder each other to the cheers of the blissfully unaware public, and as our protagonist is maimed, mangled and mutilated, he must choose between his morals and his own survival. 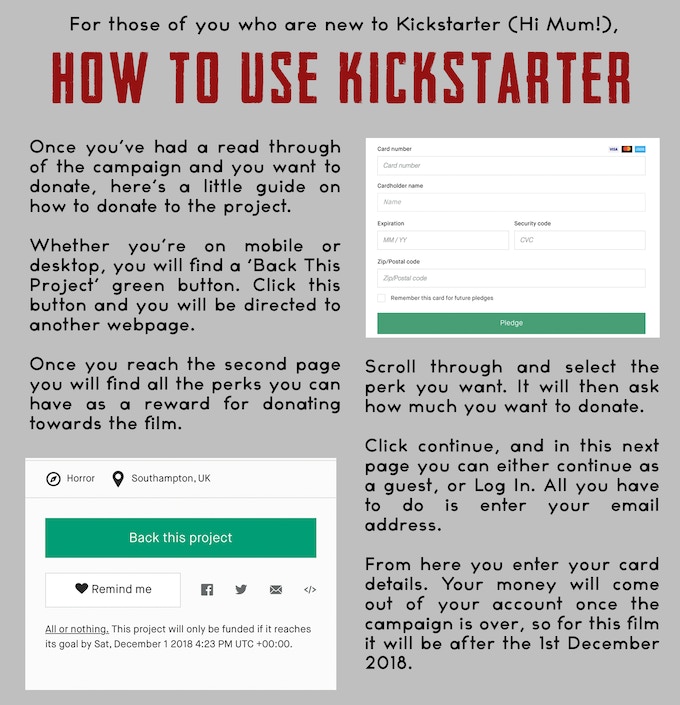