You are here: Home » It’s All About The Children GoFundME Boost ViralExposure.us CrowdFunding Campaign

It’s All About The Children GoFundME Boost ViralExposure.us CrowdFunding Campaign

This is to help me afford additional room for my adopted children. All help is appreciated.

I would like to share my story about my big sister, Sharon Somers, and her experiences through her life of helping others. All of her life she had been there to support and help other people and put people before herself. She’s spent 20 years trying to help out our brother get over his addiction of drugs and alcohol. In 2001, he lost his battle and passed away from it.

My sister and I took care of our only aunt until she had passed away in 2007. But after those experiences, they did not discourage her from her motivation to help others. In the year 2008, she became a licensed foster/adoptive parent for Anne Arundel County. Within a day of receiving her fosters license, she received a call about a need of placement. By July of 2008, she had two young ladies in her care. Both of which are still in her care to this day. In May/June of 2010 she was chosen as foster parent of the year! July 29th, 2010 she adopted a sibling group of three sisters with special needs.

The oldest was one of her original placements. She also still has the other young lady from 2008 who also has special needs. When this young lady aged out of foster care, she was not eligible for adoption and did not want to leave my sisters care. Knowing this, Sharon found a way for her to stay. She got licensed by the Arc of Central Chesapeake to become her adult service provider. This young lady is 26 and still lives with Sharon. In 2014, my son lost his job and his home and was unable to provide for all of his children.

Being their Grandmother, I kept his two sons to help him get back onto his feet. Since I was living with my son at this time, I also had to find a place to live.  My sister took my two grandsons and myself into her home which already had 4 children and herself at the time. She allowed us to stay until we could back on our feet. In 2015, she found out about two great nieces and a nephew in Foster Care who were going to be placed for adoption in South Carolina. She then immediately called and asked if she could receive them and become their caretakers. After a year of paperwork, inspections, background checks, etc., in November of 2016, she drove to South Carolina and brought back the three little ones. Sharon became their foster mom until the plan for reunification was changed to adoption. On January 16th of 2019, she officially adopted these children. My sister has 3 adult sons, 8 grandchildren, and 4 great grandchildren. So now she has nine children and one that she is an adult provider too.

I have watched my sister struggle with making her house a home and provide each child their space and since her home is a older home with small rooms and very small closets, she has had quite a struggle. She recently started trying to find out how much it would cost to add two bedrooms and additional closets and she was saddened by the cost. There is no way she could financially afford to add on to her home without the family being affected. There is no way that she would take anything away from any of her children and cause a financial burden. My sister feels blessed to have her home to provide for her children. I know there is a lot of friends and family who have either been helped and/or felt the love and know how truly dedicated Sharon is to her children.

I would like to ask anyone who could help her fulfill her needs no matter how big or small, please make a donation. She has dedicated her life to these children and asks for nothing in return but their happiness. Please show her and the children that others CARE too! 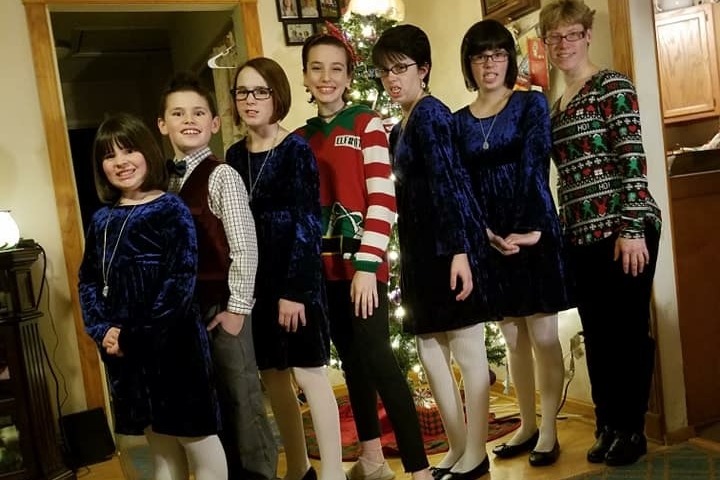